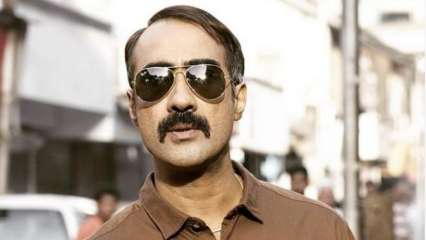 Actor Ranvir Shorey, known for never mincing his words, recently opened up about his fallout with the Bhatts — Mahesh Bhatt and Pooja Bhatt in particular, in the early 2000s.

For the unversed, Ranvir was in a relationship with Pooja but things did not end well between them. Pooja filed a complaint against Ranvir for allegedly assaulting her and he claimed that she would get violent after drinking.

Ranvir also opened up about how the fallout with the Bhatts impacted his career in the Hindi film industry.

In an interview with Rediff, Ranvir stated that he did not make enemies with the Bhatts out of choice while claiming that they had spread lies about him in public forums. He told the portal, “Firstly, I don’t think they are that powerful. Secondly, it’s not like I made a choice to make enemies out of them. It was they who did that to protect their child. They started lying about me in public.”

Opening up about the ramifications it had on his career, he added, “It becomes hard because you don’t get as many good opportunities. You have to make do with smaller opportunities. If there is adversity, you have to find a way to work around it. So even if it did affect the work coming my way, like they say, when God shuts one door, he opens another.”

He further said that nature balanced it out for him with several offers for independent films. “I had my own fate. They can try to put you down but they can’t take away your destiny,” he said.

In an earlier interview with Hindustan Times, Ranvir had said that he had been socially and professionally isolated after ending his relationship with the Bhatts on a bitter note.

He had said, “You feel so helpless and powerless because these people are so powerful that the press will just listen to them and not even bother calling you for your side of the story. You just feel so helpless and frustrated because you can’t do anything about it. It got really toxic for me at the time and I had to leave the country for a while.

On the work front, Ranvir was last seen in ‘Lootcase’ that got a digital release. He will next be seen in ‘Metro Pak Season 2’ and a film titled ‘Mumbaikar’.

Glow With A Facial Workout

Today in India and World History on March 22

Akshay Kumar Jumps to save Comedian on Maniesh Paul’s show who...